I am often asked about my artistic influences, and, in general, what photographers I enjoy. These are great questions to start conversations at art shows, but people generally are surprised when is say that my favorite photographer is Man Ray, and that he and Marcel Duchamp are some of my influences.

I love American Dada, but you can't really tell by looking at my artwork. Dada was a reaction to the First World War. It origins of the anti-art movement can be traced back to artist/poet Tristan Tzara and Zurich. Both Zurich and New York were refuges for artists and the American form of Dada took on an American flair. Unlike in Zurich, the New York movement was not well organized and did not issue manifestos, rather they challenged the art establishment with a sense of humor. While there are many wonderful artists associated with the Dada movement, Marcel Duchamp and Man Ray, along with Francis Piabia were the fathers of the American movement.

Marcel Duchamp was a French artist who had a great influence on the modern art movement in America. He's early work is mostly impressionistic, but it is not his early work that fascinates me. I love the "Nude Descending a Staircase #02", "The Large Glass", "The Green Box", and his readymades. It is not just these pieces of art that draw me to Duchamp, but his love of puns and how he lived his art. His work seems so simple on the surface, as one slowly deciphers the clues there are often multi-layered puns. His work is not just visual, but mental. I love that he makes me stop, think, and laugh.

Man Ray was an American Dada/Surrealist artist and a very interesting photographer. He started out photographing his paintings and the work his friends, and eventually became one of the best know photographers of his time. His work includes fashion, portraits, and fine art photography. It can be argued that he was the first to fully utilize darkroom manipulation techniques such solarization and photograms, sometimes termed Rayographs. While photograms were around before Man Ray discovered them, by varying the objects and adding shadows and layers, he created a whole new kind of photogram. While best know for his portraits, some of my favorite works are his collaborations with Marcel Duchamp. "Dust Breeding", a photograph of the dust that accumulated on "The Large Glass" for a year while Duchamp was in France, is one of my favorite photographs. 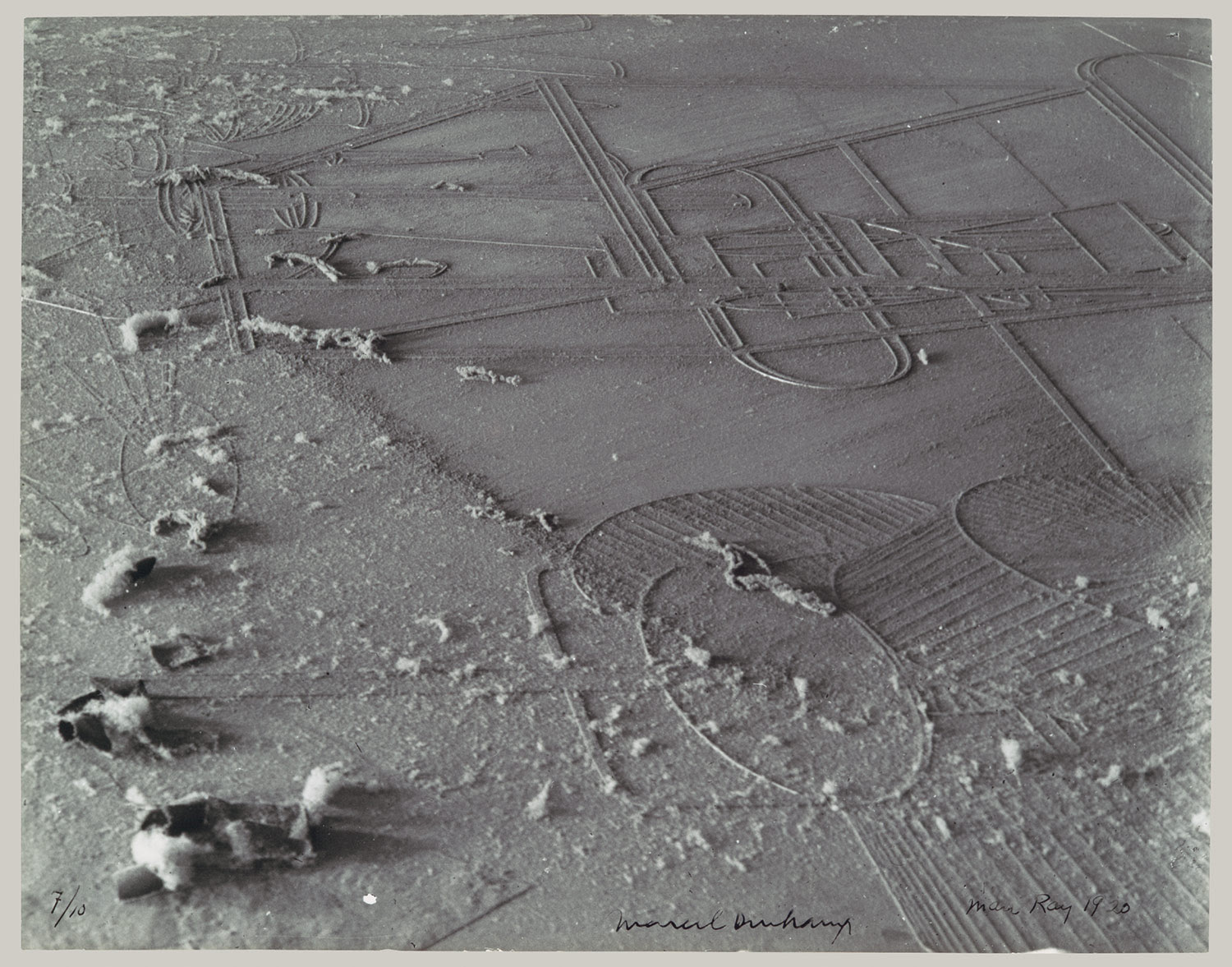 I know what you mean about how your influences aren't always readily apparent to people looking at your work. I'm a big fan of abstract expressionists like Joan Mitchell. I can see how their work influences my fine art photography - but I'm not sure anyone else can! : )

Great post. I remember being rather Constructivist at college. Not anymore. Good luck with the new blog and shop!