Yesterday's photo of the kitten Wow, Wow, Wubbs was taken while we were staying with my brother. Wubbs is named after Wow! Wow! Wubbzy on Nickelodeon. The last time we visited it was my daughters favorite show and her aunt remembered. My daughter loves her Aunt and Uncle, but what makes the visit even better is their five cats. She can spend all day playing just with them. Here are a few more: 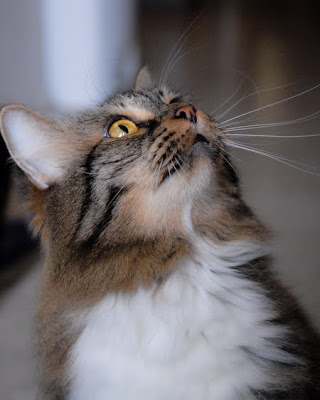 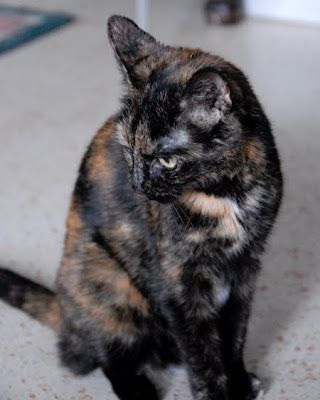 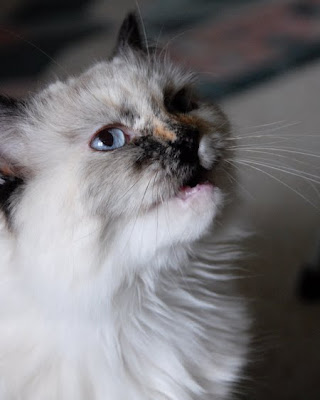 While in Florida we spent about a third of our time with them. They live in New Port Richey, which is not a beach town, so we spent the time going to the city pool which is huge and a lot of fun, shopping with my sister in law, and playing Monster Mini Golf. 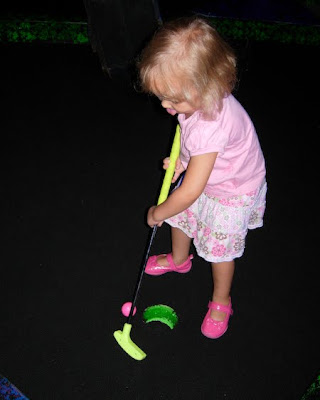 I think Monster Mini Golf may have been a little much for her. It was the her first time playing and she tried really hard. She actually did really well until all the black light lite monsters started to move and make noise around her. We did about half the course before she wanted to go. Wanted to go until we found the Duck Dance and Stomp machine. Of this she just couldn't get enough, but it was worth the quarters. 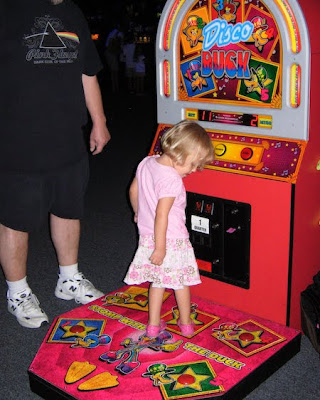 In the end we ended up with so many tickets that she got two handfuls of small plastic toys. It ended up being a great thing to do on a rainy day. And when we got back to my brothers place she started to play with the cats again.
Posted by Lorissa J. Longfellow

Email ThisBlogThis!Share to TwitterShare to FacebookShare to Pinterest
Labels: tell me Thursday

Sounds like a great time! Those kitties are beautiful!